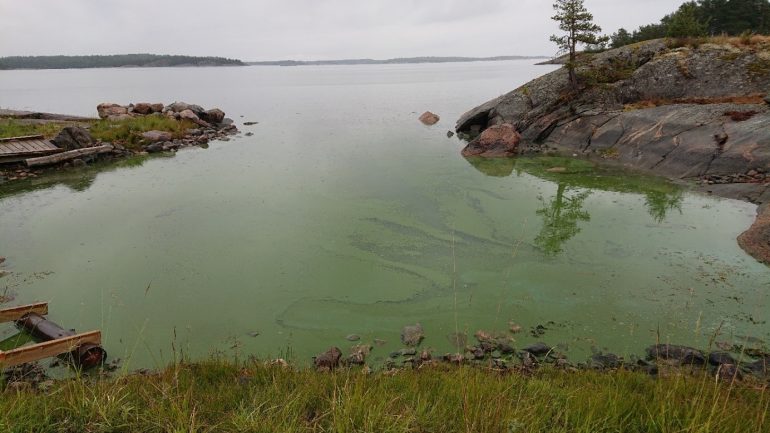 Eutrophication of the Baltic Sea reached its peak in the 1970s and 1980s. The continuous deterioration of the situation ended with the establishment of the Helsinki Commission (HELCOM) as the body for international co-operation between all Baltic states.

A historical retrospect shows that significant results were achieved, including a 50% reduction in land-based phosphorus emissions. Target levels for land-based emissions to be accomplished by 2020 were set in the latest common HELCOM programme, the Baltic Sea Action Plan (BSAP). In this context, the term “internal load” was not yet commonly used. However, in the last 3–4 years, increasing attention has been given to the impact of the internal load on the condition of the Baltic Sea. Among others, one reason for this is that the expected positive effects of the significant decrease in land-based phosphorus emissions have not materialised. The annually occurring cyanobacterial blooms along coastal areas as well as in the open sea have, if anything, increased, instead of showing the expected signs of decreasing. The increased levels of soluble phosphorus in oxygen-free deep water have been shown to be one of the main reasons for the increased blooms. The extent of the dead bottom areas is now aprox. 100 000 km2, and new research suggests that the water containing hydrogen sulphide has now reached a depth of 50 m from the surface in areas west of Gotland. The amount of soluble biologically available phosphorus is estimated at aprox 100 000 tonnes/year, compared with a land-based load of about 10 000 tonnes/year.

As phosphorus-rich bottom water reaches our coasts through upwelling, large amounts of phosphorus are transported to archipelagos and other coastal areas according to wind directions.

Results from new research on the high volumes of water containing hydrogen sulphide strongly indicate that not even a large intrusion of saltwater through the Danish straits would suffice to both oxidize the hydrogen sulphide and bind the soluble phosphorus to the sediments.
In other words, it can be assumed that the situation in terms of the self-restoration capacity of the Baltic Sea has gone too far.